YES! I WANT TO TRANSFORM MY LIFE NOW!

There’s a little-known factor that prevents many people from going after their dreams and accomplishing great things.

Surprisingly, that factor is not their intelligence, physical appearance, or social status.

It’s the limiting beliefs that they have about themselves.

Limiting beliefs are the toxic lies that they tell themselves about their abilities.

These beliefs create invisible barriers and prevent them from fulfilling their potential.

Every time they have a brilliant idea, a small voice in their head tells them that it’s impossible.

Even when they are confronted with other successful people, they believe that those people are ‘special’ and they are ‘average.’

These limiting beliefs condemn them to a mediocre life when they know that they have tons of potential that they can use to improve their lives.

To make matters worse, their self-doubt makes it difficult for them to face life’s obstacles courageously.

They shrink when they face tough times and it takes them forever to conquer an obstacle.

This stagnation leads to feelings of hopelessness, depression, and regret. They know that they can do more but that mean voice in their heads cannot allow them to move beyond their comfort zone.

What these people don’t know is that they can break the limiting beliefs that are holding them back.

So, how do you reprogram limiting beliefs?

How do you neutralize self-doubt?

How can you bounce back from tough times?

Why You Must Break Your Toxic Limiting Beliefs

Sadly, most of the advice that is out there on how to overcome self-doubt and achieve your highest potential is incomplete and incorrect.

Your friends, family, and even ‘gurus’ will tell you to ‘believe in yourself.’

But they don’t teach you how to uncover the unconscious limiting beliefs that are secretly blocking your success.

They don’t teach you how to embrace challenges and turn them into fuel for your dreams.

The good news is that there are simple practices, tactics, and mindsets that can help you find the courage, inspiration, and motivation to follow your dreams.

These practices are easy to master and apply.

You can apply them today and start installing empowering beliefs.

Today, you’ll learn how to dismantle the disempowering mental lies that torment you with negative messages.

You’ll learn how to turn failure into victory.

You’ll also learn how to eliminate crippling self-doubt and boost your motivation.

The shocking truth is that when you think something is impossible, that’s an opinion, not a fact.

This means that most limits are self-imposed, they are not real.

Fortunately, there are some research-backed practices and mindsets that can help you break the chains of disempowering beliefs and move past your comfort zone.

Those who have implemented these mindsets and practices have deleted negative beliefs and installed positive and empowering beliefs.

Erasing self-doubt has helped them go after their dreams courageously.

They are not afraid of challenges or tough times because they have the skills and tools that they need to overcome them.

They don’t live with the regret of broken dreams and unfilled potential. They have the inspiration and motivation to pursue their most audacious goals.

And today, I want to share with you the transformational tips and tactics that will help you eliminate toxic beliefs for life.

How to Eliminate Self-Doubt and Achieve Audacious Goals

LIMITED TIME OFFER. OPEN FOR 48 HOURS ONLY. NO EXCEPTION. 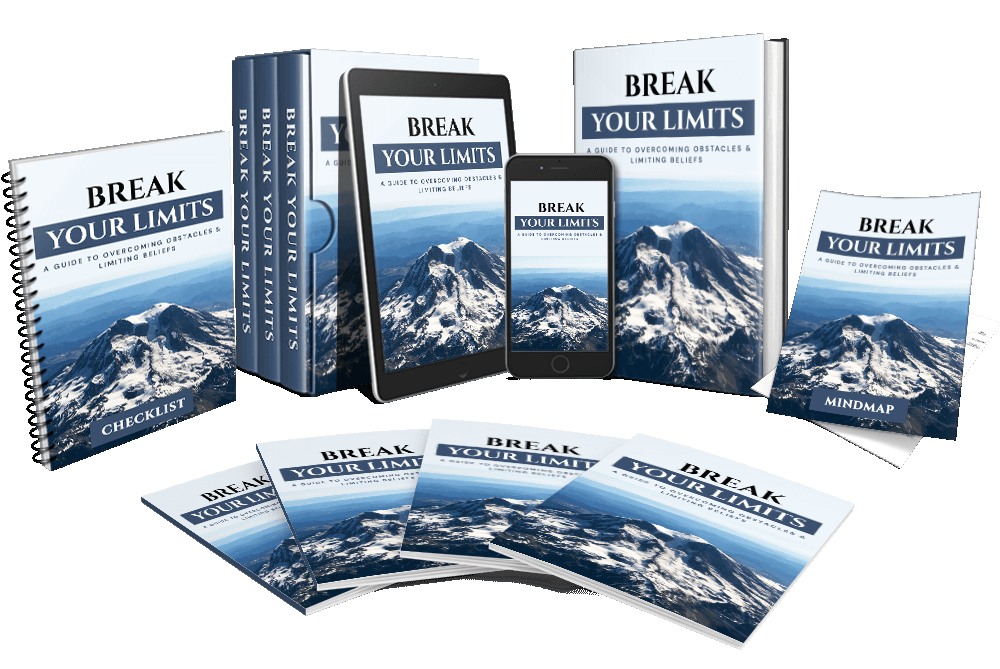 “Break Your Limits” is the must-read guide for those who want to break the shackles of limiting beliefs so that they can overcome self-doubt, reach their full potential, and stretch beyond their comfort zone.

This research-backed guide will teach you everything you need to know about building your mental toughness – how to get out of a rut, how to find happiness in difficult situations, 7 ways of overcoming obstacles, why you should stop comparing yourself with others, why we set self-imposed limitations on ourselves, how to break free from clutches of mental lies and limiting beliefs …and so much more.

If you are sick and tired of underachieving due to toxic limiting beliefs,

If you want to install positive beliefs,

Then you owe it to yourself and everyone around you to learn the simple but powerful steps taught in ‘Break Your Limits.’

The Powerful Practices That You’ll Learn In This Life-Changing Guide
Here are some of the things that you will discover in this life-transforming program:
Who Is This For?
This is the ultimate guide for those who want to:
Here’s The Good News:
Instead of charging this life-changing program at a ridiculous price, we are offering you a discount if you act right now:

The reason behind this discount is that we want to help as many people as possible to let go of limiting beliefs. More importantly, we want you to develop mental toughness - TODAY!

If you’ve read up to this page you’re….
Serious about erasing negative mindsets!!
You’re just a step away from eliminating self-doubt. 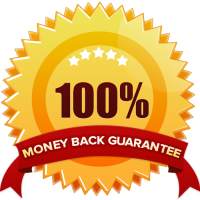 All you have to do is implement the secrets revealed in this blueprint for the next 30 days...

… and if you don’t see any improvement in your life, simply return your order within 30 days and we will give you...

100% Money-Back Guarantee No Questions Asked!
But Wait, That's Not All! Get Awesome Bonuses!
If you get Break Your Limits right now, you will get these bonuses:
BONUS #1
Complete Check List 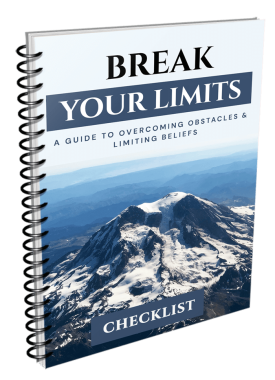 This checklist contains a step-by-step action plan to ensure you get the full benefits of Break Your Limits.

By breaking one huge topic into easily digestible chunks, you get absolute clarity inclusive of easy-to-follow action steps! 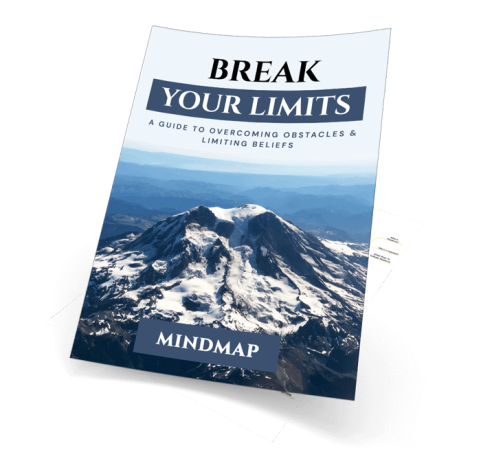 This mind map is perfect for 'visual' learners. It outlines everything you are going to discover throughout the entire course.

With just a glance, you will have a clear picture of what to expect and absorb so much more than reading through Break Your Limits by pages!

You get all the bonuses absolutely FREE only if you act today!

HURRY UP! THIS IS A LIMITED TIME OFFER.

Time to Make a Life-Changing Decision
Now that you know how Break Your Limits can change your life for the best, you need to decide.

You can either do nothing and continue suffering from the negative consequences of holding on to limiting beliefs, forever.

You’ll never be able to enjoy the benefits of having mental toughness.

Or you can take the step that’ll change your life INSTANTLY by taking advantage of our offer!

You can’t afford to miss it!

As we’ve shown you, Break Your Limits will give you the skill set you need to create a positive mindset and overcome obstacles. FAST.
Plus, if by 30 days you don’t like what you get from Break Your Limits, send me an email, and I’ll return 100% of your money. No questions asked!

You have everything to gain and nothing to lose by taking this offer.

So Why Wait?
BE THE MASTER OF YOUR DESTINY NOW!
Click the button below RIGHT NOW before the price goes up.

Let's Summarize This Great Offer...
Here's What You Get When You Order TODAY

Get "BREAK YOUR LIMITS"